Chances are, your girlfriend wants a giant engagement ring and she's been scouring Pinterest for the perfect one.

You know she has a taste for the finer things in life, so you also know that her dream ring is going to be large and in charge -- and so is its price tag.

Don’t lose hope, because affording the diamond engagement ring of her dreams doesn't mean you'll have to go broke -- it just takes a bit of creativity and know-how.

Get a pen and paper out because your mind is about to be blown with these stunning, inexpensive diamond alternatives that have the look and feel of natural diamonds but at a fraction of the cost. 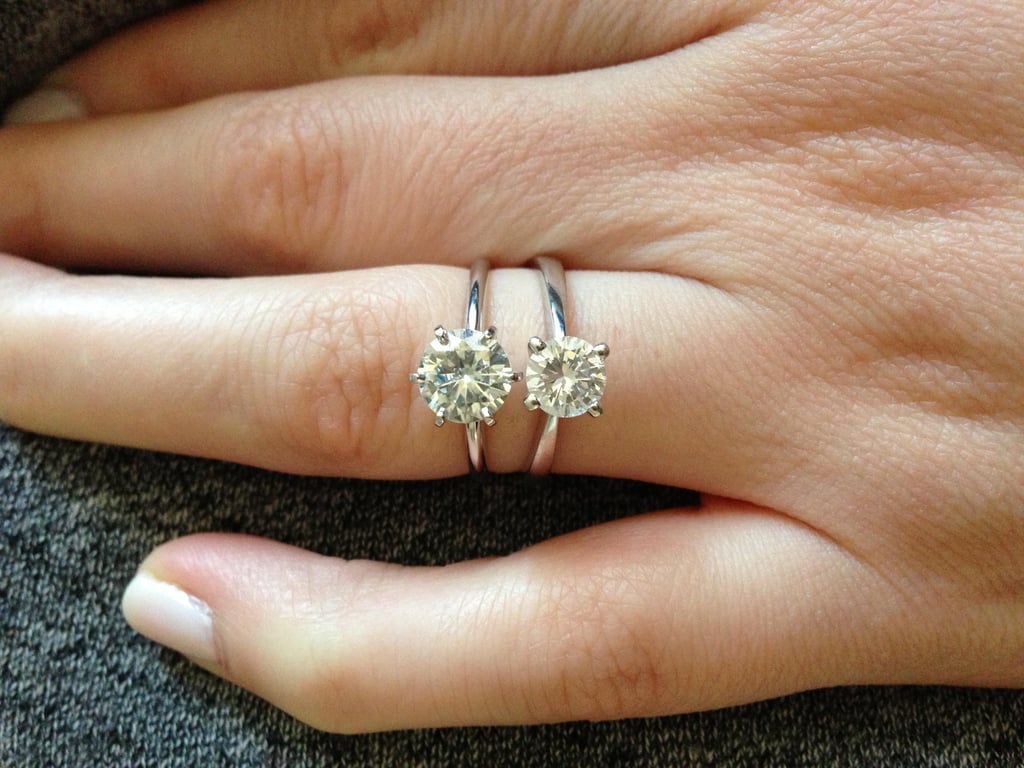 With that said, if you can convince your girlfriend to agree to a diamond simulant, then it will be a win-win situation for the both of you -- she will be able to get a giant and stunning engagement ring, and you will be able to save heaps of cash.

Here are some diamond simulants for you to consider. 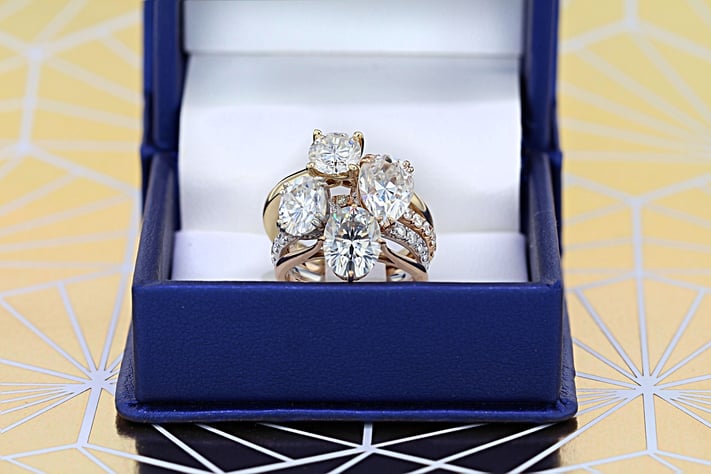 Moissanite is another lab-grown beauty that was actually first discovered in a meteor crater in Arizona in 1893 by chemist Henri Moissan (hence the gem's name). Moissonite has given CZ a run for its money since its introduction to the market in the late 1990s. As far as appearance, durability, and sparkle are concerned, moissonite is arguably the best diamond alternative out there.

This diamond-like gem is near colorless, with a light-refracting property that is 2.4 times brighter than a diamond and is guaranteed to never lose its optical properties (aka cloud) over time, like other diamond simulants. 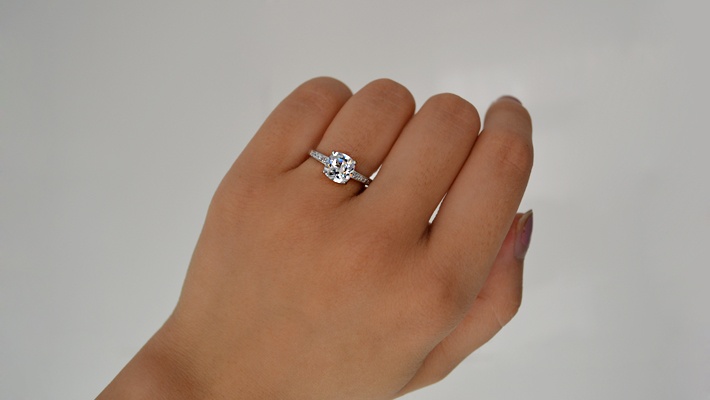 Introduced in the mid-seventies, cubic zirconia (CZ) was the most popular diamond imitation on the market due to the gem's comparable characteristics to a mined diamond and much more attractive price tag.

These lab-grown beauties were revered for their brilliance and colorless attributes, however, consumers also thought CZs were too flawless, giving off the appearance of an obvious fake.

You definitely get what you pay for when buying a CZ over a diamond, so be prepared for a less hardy stone than a diamond and one that will cloud over time. With that said, a CZ may be your best bet for the short-term, mainly because it's one of the most cost-effective gems that mimic a natural diamond's appearance. 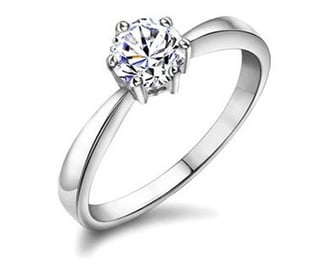 According to the Gemological Institute of America (GIA), "colorless zircon was widely used as a lower-cost diamond alternative in the nineteenth century" and is "one of the most brilliant non-diamond gems" on the market.

Not to be confused with similarly named cubic zirconia, colorless zircon (aka "Matara") is beautiful in its own right. This ancient gem dates back 4.4 billion years and is the oldest mineral on earth. Therefore, if you want a diamond alternative that is affordable and comes with a background story, then consider an engagement ring that features colorless zircon as the center stone. 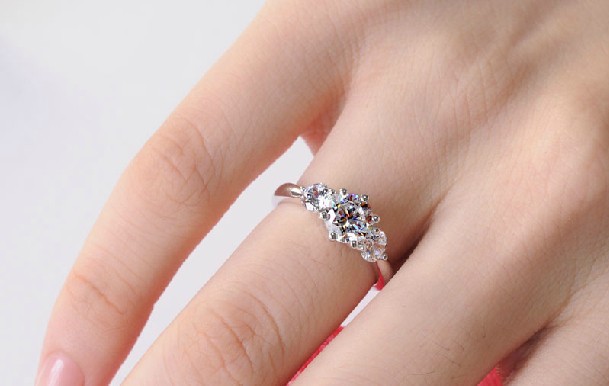 Also known as artificial diamonds, cultured diamonds, or cultivated diamonds; synthetic diamonds have the same optical, physical, and chemical properties as natural diamonds, however they are much more cost-effective because they are grown in a lab, not in nature.

Many synthetic diamonds on the market nowadays are nearly indistinguishable from natural, high-grade diamonds to the naked eye, which brought on the need for sophisticated devices and techniques to be developed in order to differentiate synthetic and natural diamonds.

What's more, you can rest assured that your synthetic diamond is conflict-free and much more eco-friendly than traditionally mined diamonds. Thanks to modern-day technology, a seemingly undesirable diamond can be transformed into a near perfect diamond with a technique called the Yehuda Clarity Enhancement Process, which entails "a microscopic amount of a proprietary substance inserted into the inclusion, making it completely invisible to the naked eye."

In doing so, the inclusion is basically invisible and light can now pass through the inclusion, enhancing the diamond's clarity.

At Icing On The Ring, we understand that buying the engagement ring of her dreams is not only a huge decision, but it's an even bigger financial investment.

For this reason, we constantly strive to provide our customers engagement ring options that are just as beautiful as they are affordable. Contact us today or schedule an appointment and our certified gemologists and jewelers will help you find the ring of her dreams that will also fit your budget.